Since our childhood, we have been used to the same designs of ceiling fans. However, fan makers have realised that this design might not be the most efficient over the years. Over the past years, ceiling fans have undergone significant innovation, and multiple creative designs for ceiling fans are now available in the market. These designs don’t just add an extra edge to how your bedroom or living room look but often even make your home considerably smarter in terms of functionality. This article will deal with the latest innovations in ceiling fans’ design and detail five of those designs.

The design of ceiling fans lends itself to a lot of creativity. Product managers can have a field day playing around with different ceiling fans’ designs and assessing their viability. However, while some of these designs might not previously have been possible, they have become commercial designs with the increasing affordability of certain technologies. This is because upgrades in the design of home appliances are long overdue and hence have a large scope in the market.

We are all used to seeing the traditional three-blade design of ceiling fans in our homes. This design has now been complemented with remote control. The fan’s speed can be changed with the help of a remote, and electronic control has meant that much finer tuning in fans’ speed is possible now.

Another issue most people have with ceiling fans is that dust and dirt can collect on the fans easily, and they then need to be cleaned frequently. However, fans can now be coated with anti-dust material, which prevents them from getting dirty as quickly.

There are several different ceiling fan designs now available in the market. Let’s take a tour of five great ones among them.

Fans can make a lot of noise, but silent fans now available in the market are hardly even noticeable, if not for the high flow rate that they generate. Silent fans from Crompton are run by a BLDC motor and this novel technology can help you save on electricity costs annually. With 315 RPM and 240 CMM air delivery, these fans ensure an input power utilisation of over 95%. They are also usable with investors and contain an additional safety cable. The fans’ surface has an anti-dust coating to ensure you do not have to clean them frequently.

Three-blade fans are the usual design that you find in ceiling fans. But these traditionally designed ceiling fans can come with many amazing features that aren’t just for style but for function too! The ceiling fan with remote design has slowly begun taking over the ceiling fans market, even though it is still in the early days now. These fans are operated with a BLDC motor’s help, which is highly efficient and uses nearly half the power of a conventional fan. These fans are typically high-speed ceiling fans with more than 350 RPM and hence also deliver high flow rates. These fans have a high power factor of over 0.95 and are also operable over wide voltage ranges. The remote control does not need to be pointed toward the fan since it uses radiofrequency technology. Fans such as the Energion series from Crompton are generally based on a similar design.

Adding an anti-dust coating to the fan’s surface is a great feature concerning the customers’ convenience. People generally appreciate not having to repeatedly clean their fans vigorously. The anti-dust coating of these fans ensures that even if some dirt accumulates, it can be wiped off easily. These fans may also be made of aluminium, which protects them from rust. Making these fans in two pieces can also ensure that they do not make much noise.

In Western countries, four-blade fans are used much more prevalently than at other places. These fans’ wide blades can be effective in providing a higher flow rate and better coverage. They have a speed of more than 250 RPM, resulting in air delivery of over 220 CMM. They contain complete copper winding, ensuring that they can be used for long. Four-blade fans are also generally stylish and highly appropriate for living and dining rooms.

The innovation of ceiling fans with lights has given an all-new opulence to the appliance. These fans have magnificent carvings and golden trims, and the lamps included underneath are bright enough to light up a whole drawing-room. These fans are made in the yore style and contain push and pull strings apart from electrical control. If your living room’s decor has an element of royalty, these fans will blend in perfectly.

Innovations in ceiling fans have led to some great designs over the past few years. Companies across the board have begun commercialising these designs, and we are likely to see them in wide use soon. The next time you head out for summer shopping, do keep these designs in mind! If you are looking to buy a ceiling fan online, go for trustworthy brands like Crompton for the best products.

5 Tips for Planning Your Home Renovation

The Benefits of Organic Soil For Your Garden 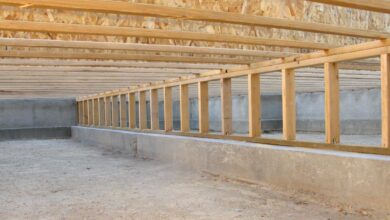 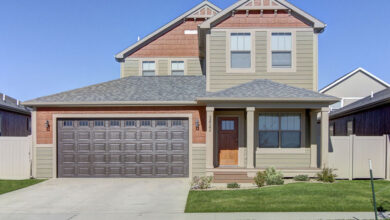 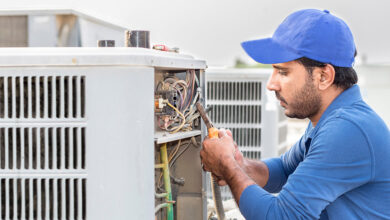 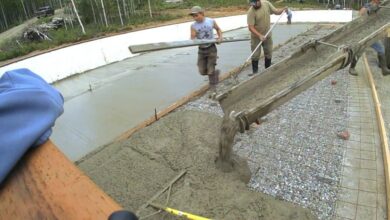