If you think that ceiling fans are just for traditional homes, think again! There are tons of modern ceiling fans out there for people who are looking for the perfect piece for their contemporary home. But these fans don’t just look modern, but they include modern features as well such as energy-efficiency, remote controls, and smartphone connectivity. So here are some of the best ceiling fans for modern homes:

We are starting off this list with one of our favorites – the Possini Innovation Brushed Nickel LED ceiling fan. This is definitely something that we would call a “statement fan.” The two blades have a bold and exciting almost circular shape with touches of silver and brushed nickel hardware. If you want a fan that no one else has ever seen before – this is the one for you! It also comes with a dimmable LED light that comes with a remote control for easy access.

Hugger ceiling fans are great for homes with lower ceilings. So if you have low ceilings and think that there’s no possible way that a ceiling fan would fit in your room – think again with this hugger fan! This fan features four silver blades along with a brushed nickel finish. It even includes a light feature to brighten up any space! The opal glass finish on the light feature provides calming ambient light that even has a dimmer feature thanks to a handy remote control.

We are obsessed with this fun and unique chrome ceiling fan that was practically made for a contemporary home design. It features three silver ABS blades and hardware with a sleek chrome finish that just screams modern. But that’s not even the best part – it also features directional downlighting. That’s right – you can now choose the direction of the three lighting sections on this fan to highlight different areas of your room. Last but not least, this fan is energy-efficient and can work wonders to help you save money on your electricity bill.

This big and bold fan is perfect for providing airflow to large indoor spaces. It’s bold without being too much. It features eight long blades with a sleek bronze finish and a white glass LED light diffuser. It comes with a six-speed DC motor.

If you want to add some rustic touches to your modern home, then this Monte Carlo Maverick Matte Black ceiling fan is definitely something that you need to check out. This fan features three uniquely-shaped dark walnut blades connected to matte black hardware. These fan blades are hand-carved to offer a top-quality product. It includes a downrod that can be used if you have tall ceilings or left out if you have shorter ceilings and need some extra room for clearance. Finally, it offers six speeds that can be controlled with a handy remote.

We are obsessed with the clean and contemporary lines offered by this Minka Aire Wave white ceiling fan! This is a great piece if you are looking to provide a simple yet modern fan to your home. It features three white finish ABS blades and a white motor with three speeds. The blades twist out from the motor in a unique fashion that’s definitely eye-catching.

If you are looking for a modern but effective outdoor fan – look no further! This fan features 12 long blades with an ashwood finish alongside brushed steel hardware. It also comes with a powerful yet quiet DC motor that features six speeds that can be controlled with a remote. The dimming LED light is housed in an etched lens covering that is also controlled by that same remote or even Wi-Fi enabled smart devices like Amazon Alexa or Google Home. This piece is great for outdoor areas that need increased airflow with high ceilings.

Finally, we have this Axis Matte White Hugger ceiling fan. But this isn’t your traditional chunky hugger fan – it’s totally sleek and modern. This fan features a white matte finish with three molded ABS blades. It was designed for the outdoors and can even hold up in wet environments that deal with high amounts of moisture from rain or humidity. It has a light if you want but if you don’t, it has a cap. Finally, it has smart fan capabilities that allow you to control it with an application on your smartphone device.

Clearly, ceiling fans don’t just belong in your grandmother’s house. These modern ceiling fans are straight out of the 21st century and will look perfect in any room in your contemporary home.

How to Teach Your Kids From Home

What Accent Chairs You Need in Your Living Room 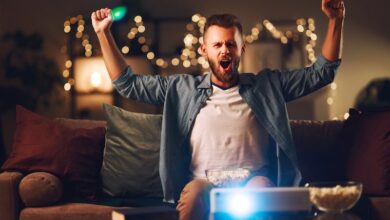 Check Out the Fantastic Portable Device in The World 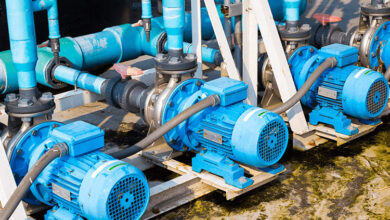 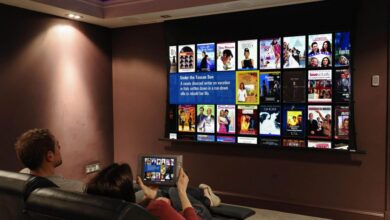 Transforming Your Home: Get A Smart Entertainment System! 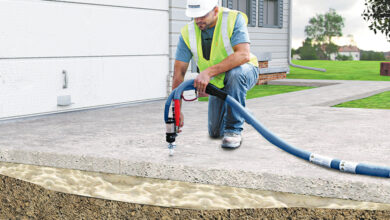 Things to Know About Concrete Leveling

Best Kitchen Setup in the World